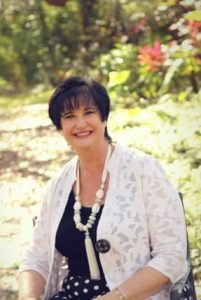 Rev. Tracey Quillen comes to Unity of Palm Harbor as a Truth student of Unity for more than thirty years and who was warmly welcomed as she served her ministerial internship here. She graduated with a Master of Divinity from Unity Worldwide Spiritual Institute (UWSI) and was ordained in June of 2020. She has a plethora of leadership experience as a senior manager in a career of real estate and finance, to serving her previous Unity community as the board president, as a prayer and hospital chaplain, and as a youth and adult educator of Unity principles. Rev. Tracey is certified in Mediation and Church Conflict Training through the Lombard Mennonite Peace Center. She resides in Palm Harbor and is accompanied by a 125-pound Great Pyrenees, Beau, and an 85-pound Bernese Mountain dog, Bella. Like her extra-large dogs, Rev. Tracey holds extra-large visions for Unity of Palm Harbor and welcomes you to be a part of it ALL. 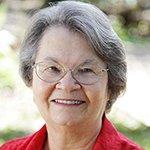 Rev. Marilyn Earhart graduated from Ernest Holmes College in Denver, Colorado and was ordained in Religious Science in 1994. She founded Sacred Circle Church in Thornton, Colorado, where she was Senior Minister for 7 years. In 2001, she and her husband Rob moved back to Florida, settling in Tampa. In 2016, they moved to Palm Harbor.

When she found Unity of Palm Harbor, she said it was like coming home. In November of 2008, she and Rob became Prayer Chaplains. In 2009, Rev. Marilyn accepted the position of Assistant Minister, where she delights in participating in a growing ministry.  She publishes the weekly newsletter and along with some dedicated volunteers, she formed Care Bears as a way to connect with congregants who are dealing with health issues or haven’t been able to attend regularly.

Divine love, through me, blesses and multiplies all that I have, all that I give and all that I receive.

Thank you God for blessing these gifts and those that share them.